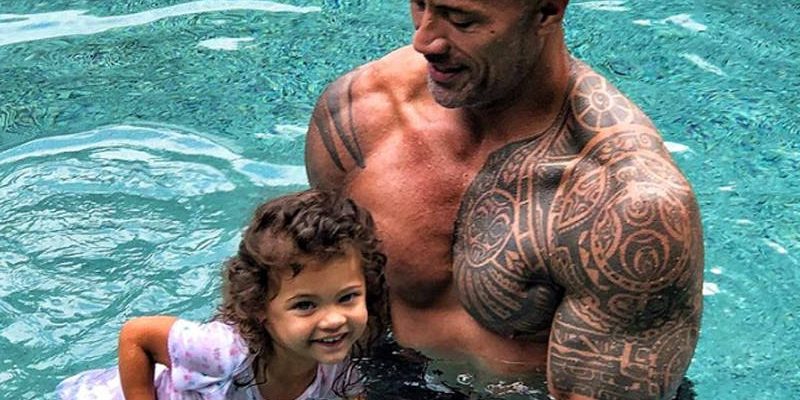 With four leading ladies in his life – his wife, Lauren, and three daughters, Simone, Jasmine, and Tiana – The Rock says his father hat is the one he’s ‘proudest to wear‘.

The Hollywood heavyweight took time out of his busy schedule to spend this weekend at home and took a dip in the pool with his daughters so he could teach his two-year-old Jasmine – a.k.a. his ‘lil tornado’ – how to swim.

In an Instagram post, the 46-year-old opened up about how his daughter gave him plenty to laugh about during their swimming lesson.

According to the caption, when he took his shirt off, Jasmine was impressed by his ‘boobies, to which the actor replied: “Thank you baby, but daddy has pecs, not boobies.” 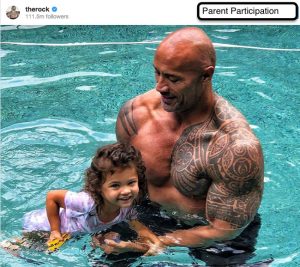 The Rock Teaching his “Lil Tornado” how to swim. Credit: Instagram

That’s enough cuteness for one day

It’s nice to see even people as in high demand as The Rock have time to enjoy quality moments with their family and ‘recharge the batteries’. The actor’s career is so action-packed, both on screen and off, we’re sure those batteries take a lot of charging.