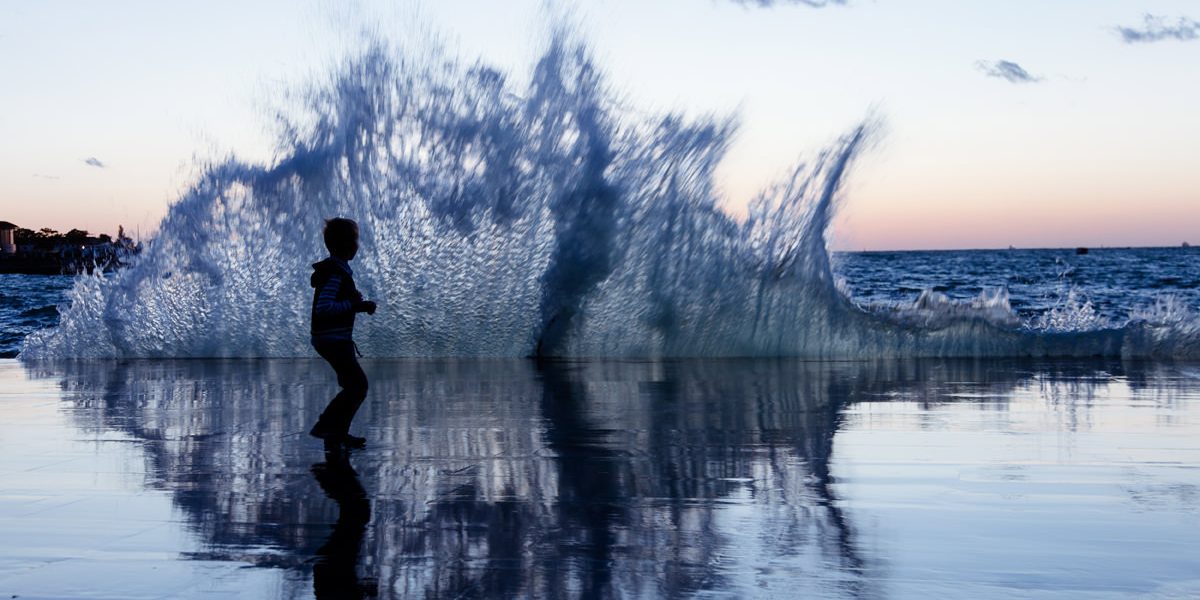 Three out of four children had quit swimming classes by age eight, long before they’d learned skills that could save their lives, finds a new report that says learning to swim earlier is not always better.

Children are also starting lessons earlier today than in the 1980s and 1990s, according to the report by the Royal Life Saving Society – Australia.

RLSS chief executive Justin Scarr said there had been a “massive transformation” in the way swimming  was taught, with many children starting lessons earlier and quitting sooner.

“Younger is not always better, and our concern is many children exit swimming lessons at an age where they are less likely to learn the lifesaving skills that will protect them,” he said. In particular, they would be more vulnerable later as teenagers swimming, boating, snorkelling, etc., when they’re less likely to be supervised.

Parents often pulled children out of lessons because of lack of time, competing after-school activities and cost.

Children who had regular weekly lessons were most likely to reach national safety and swimming benchmarks at age nine and 10. Yet only 25 per cent were staying in lessons long enough to reach this standard, the analysis revealed.

The benchmarking report analysed 61,260 children from birth to age 15 – including 43,201 in primary school – who attended private swimming school lessons in NSW, Queensland, South Australia and Victoria.

It found there were more four-year-olds doing classes than any other group, with 15 per cent. Young primary aged children five to seven accounted for 53 per cent of all children in classes. But the numbers of children doing swimming lessons fell sharply from eight years of age to only 2 per cent of children aged 12 (about the same number of two-year-olds).

Because children were being pulled out of lessons too soon, 83 per cent of 12-year-old children couldn’t tread water for two minutes – the goal for children by the time they finish primary school – 40 per cent couldn’t swim 50 metres of freestyle or backstroke,  and one third couldn’t swim 25 metres of survival strokes.

More affluent families accounted for 57 per cent of all children who attend swimming classes.

Matthew Griffiths, the aquatic training manager of Aquatic Safety Training Academy in Seven Hills, said swimming lessons were “right up there in cost” with other children’s activities.

Many families did parent and baby swimming lessons and then dropped out, and came back a few years later, he said.  Another group of parents tended to start their children later, and then drop out in early years of primary school when there was pressure on time and money.

“It is an activity that they do for a while, until parents feel comfortable with their level of competency,” Mr Griffiths said. Yet studies have shown parents overestimated their children’s swimming and safety abilities.

Swimming was one of the few public health interventions that was low cost with a high return on investment, Mr Griffiths said. “But parents’ attitudes are often that it is sport, a physical pursuit, and not a life-saving intervention,” he said.

Although it is logistically challenging to wrangle three children to the pool every week, Linda El-Khoury of Prospect sees it is a matter of life and death.

Mrs El-Khoury has been bringing her three daughters to swimming lessons since her oldest daughter Rebecca, now 10, was two. She said she didn’t “want to think how much she had spent” because it was a necessity and also very good exercise.

“Knowing what you hear about kids drowning, tragedy after tragedy …  it was a big necessity. I wanted to have peace of mind, knowing the girls were safe,” she said.

For working parent, Katherine Fountain of Seven Hills,  the cost of lessons ($130 a month for her two daughters Katelyn, 11, and Jane, 8)  had sometimes been a struggle, particularly when she was on maternity leave and working reduced hours.

But Ms Fountain, a former squad swimmer when she was a teenager, said the family was committed to continuing the classes and had prioritised it over other activities.

“It is a big sacrifice,” she said.  Like many parents, they had stopped and started swimming lessons at times, mostly because of problems with her eldest daughter’s ears.

Parents sometimes assumed that their school would provide lessons but that wasn’t always the case. NSW public schools may choose to provide swimming, but many schools don’t because parents are unwilling to pay extra.

As well as training swimming instructors and lifeguards and offering swimming lessons, Mr Griffth’s academy also ran discounted programs for schools. But it was common for schools to say, “Our parents cannot afford to do this activity.”

Royal Life Saving’s Mr Scarr is urging parents to reassess the swimming and safety skills of children aged 10-to-14 years, use winter to brush up their kids’ skills, and apply for the $100 Active Kids rebate voucher from the NSW government.